Call for an appointment Shop for products

Anxiety is a mental health condition which effects most of us at some point in our lives. It can best be described as an overwhelming feeling of worry where you fear something bad might occur. This feeling will leave you on edge, nervous and may impact your ability to concentrate on general tasks at home, work or school. Anxiety is our body’s physical response to fear or stress. You may experience a racing heart, rapid breathing and a queasy stomach.

Some causes of anxiety may be a result of a normal, everyday occurrence such as an upcoming exam or job interview. In these instances, the anxiety will come and go naturally and won’t impact your everyday life. Other contributors of anxiety may be genetics, previous traumatic events, personality traits or just simply living a stressful life. All of these factors can trigger anxiety and if you begin to notice it becomes a frequently occurring feeling, impacting your life, you should seek help.

If you have reached a point where you feel as though your anxiety has lingered for longer than usual, you may be suffering from an anxiety disorder. The 5 most common anxiety disorders are:

A severe fear of being judged or embarrassed within social settings. You may limit your actions around others and socially isolate yourself to avoid any negative situations.

A severe fear of being judged or embarrassed within social settings. You may limit your actions around others and socially isolate yourself to avoid any negative situations.

An overwhelming feeling of nervousness and constant worry for everyday situations potentially relating to health, finances or work.

Commonly suffered by those who have previously encountered major traumatic incidents. PSD sufferers may have experienced war, torture, car accidents, or physical/mental abuse. You may have flashbacks or nightmares about certain traumatic events which cause you anxiety.

A frequently occurring series of panic attacks which may come about unexpectedly. You may feel physical symptoms such as nausea, dizziness or shortness of breath.

A compelling feeling to perform certain tasks excessively as a result of recurring, irrational thoughts and impulses.

The symptoms of anxiety will differ depending on each individual circumstance and the reasoning behind their anxiety. Symptoms may fall under physical, psychological or behavioral categories. Panic attacks, along with a racing heart, a tight chest and shortness of breath are common physical symptoms associated with anxiety. Psychological symptoms may include obsessive thinking, constant worrying, and fear of danger. You may also notice behavioral symptoms where you isolate yourself from the outside world and avoid any situation which may make you feel anxious.

Janine Brundle, founder and specialized practitioner at Havelock Healing, has over 10 years’ experience as a naturopath, homeopath and nutritionist. Janine offers natural therapies along with nutrition plans and lifestyle advice. The journey to good health is not always an easy one but rest assured you will be heard, guided and understood by an individual who is passionate about helping others. Janine uses the latest technology to identify mineral deficiencies and identify toxic metals within the body. Offering support to three types of clients; those wanting to maintain good general health, those who have suffered health conditions for years and those who are sometimes affected. No matter what your health concern, you can feel confident in knowing you will be heard, understood and will be provided with the best healing support. 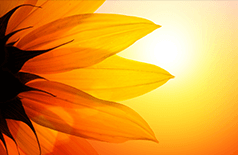 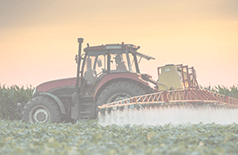 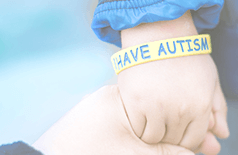 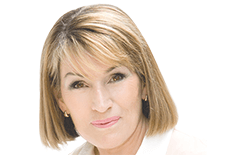